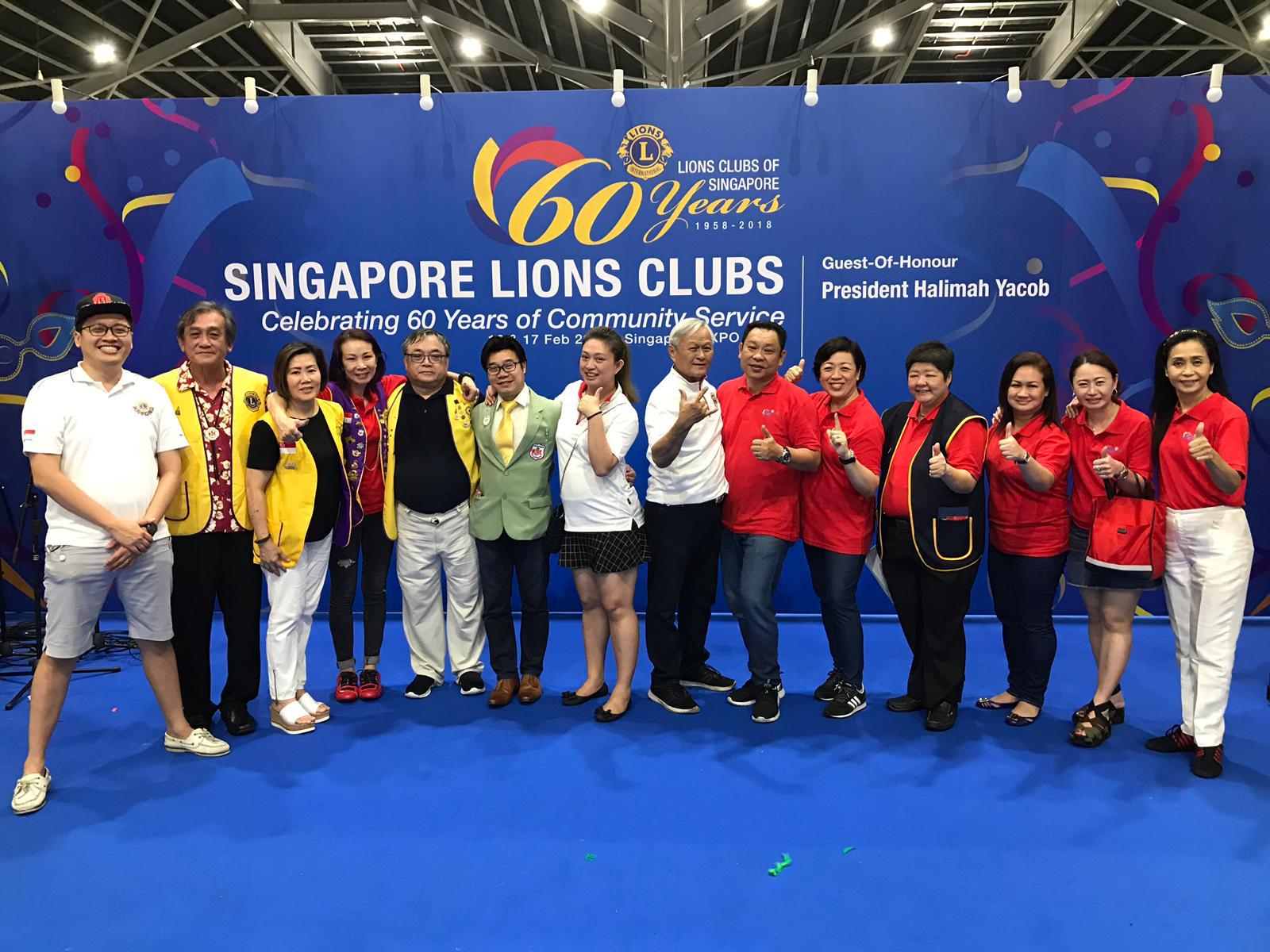 The highlights of celebrations included,

At its carnival in Singapore Expo on 16 February 2019, a special display of 260 clay lions formed the word ‘LIONS’. They were painted by children of its welfare beneficiaries and visitors to the fair. The lions were sold to raise funds for these welfare organizations. This event was organized by Lions Clubs District 308-A1, Singapore.